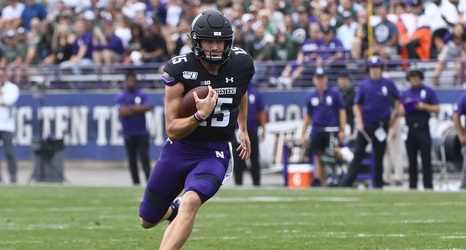 With a second remaining in the third quarter, Hunter Johnson was benched in favor of Aidan Smith. The Northwestern offense didn’t pick up a first down during the entire third quarter.

Johnson was 15/26 for 88 yards and an interception. He added seven carries for 13 yards on the ground.

After Smith entered the game, he threw an interception on his second pass attempt. We’ll continue to update the story as necessary.