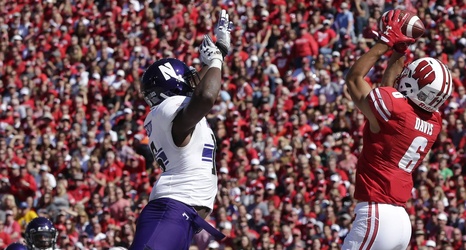 Wildcat fans can start preparing for another early September kickoff.

According to a tweet from the Wisconsin football program, the Sept. 28 matchup between Northwestern and Wisco will get underway at 11 a.m. This will be Northwestern’s second straight 11 a.m kickoff as the team gets Michigan State at home this weekend in the early time slot.

It’s also important to note that this will be NU’s second straight game broadcast on ABC, thus continuing the Wildcats’ recent trend of landing on national TV time slots.