Field hockey: Led by Baekers and Roth, ‘Cats on a roll 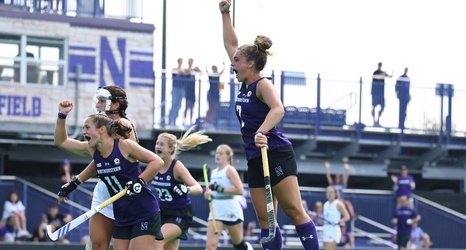 When we last wrote about Northwestern’s field hockey team here at Inside NU, the ‘Cats were ranked fifth in the nation and coming off a season-opening stretch in which they won four of five contests against ranked opponents, losing only once in a thriller to Boston College.

Fast forward to the present day, and the Wildcats have bolstered their record to 8-1 with the overwhelming majority of non-conference games complete. In the last two weeks, the Wildcats have decisively downed Kent State, Maine, UC Davis and California in order to move up to No. 3 in the NFHCA poll.