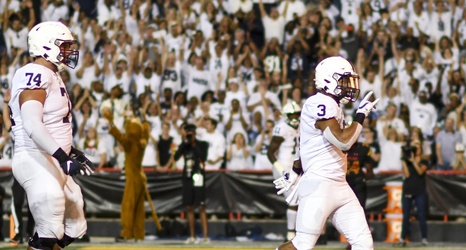 Alabama has usurped Clemson, and Ohio State has entered the top four. For the first time in a month, the SB Nation FanPulse rankings’ top six has been shaken up.

Notably, the Big Ten still has four top 15 teams and six in the top 25, as Penn State and Ohio State inch their way up the list. There are also some head-scratchers in here, though: Cal moved up seven spots after their loss to Arizona State, perhaps due to their placement on the form ballot voters were given.

Also, Wisconsin staying put is of note given how much they struggled with the Wildcats last week.