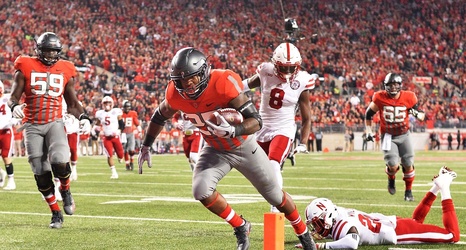 He may have started the week as effectively the third running back behind an injured Isaiah Bowser and Jesse Brown, but you sure wouldn’t know it from the confidence Drake Anderson displayed on the field against UNLV.

The redshirt first-year, despite not becoming the feature back until the second half, finished with 26 carries for 141 yards and a touchdown to lead Northwestern (1-1) to a 30-14 win over UNLV (1-2).

“Jeremy Larkin always says to prepare like the number one,” Anderson told the media after his breakout performance.