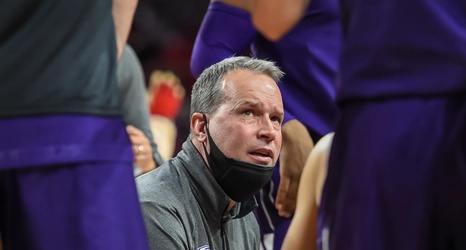 After yet another disappointing season at the helm of the Northwestern’s men’s basketball, it appears that Chris Collins will get at least one more shot to turn things around.

In a Monday afternoon statement, NU Director of Athletics and Recreation Dr. Derrick Gragg, who began his term in Evanston less than a year ago, announced that, after a conversation with Collins, he has tasked him “with making necessary changes to build towards success in the 2022-23 campaign,” suggesting that Collins will remain the Wildcats’ head coach for the time being. The announcement comes after enhanced scrutiny of Collins and the NU program following the ‘Cats’ fifth-consecutive losing season.