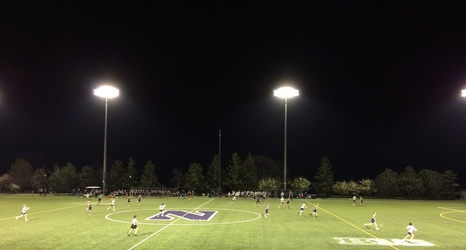 Northwestern is on to the Big Ten Tournament title game, where it will face Maryland.

EVANSTON — Wearing their away jerseys on their home field, the Northwestern women's lacrosse team hit their opponents early and hard and maintained a methodical approach on offense and defense, wearing out the Penn State Nittany Lions in the second semifinal of the Big Ten tournament Friday evening.

After jumping out to a 3-0 lead, the Wildcats' lead remained constant throughout, never more than 4 but never less than 2 in the team's 9-6 victory. Following Maryland's victory earlier in the day, this result sets up a Big Ten final matchup between the two most successful teams in women's lacrosse over the last decade.