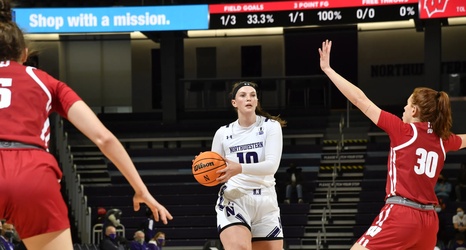 The first nine games of the Northwestern women’s basketball (6-3, 1-0 B1G) season have been up and down. After winning three straight, the ‘Cats faltered against DePaul, then came out of the Paradise Jam 1-2 with losses to Pitt and Texas A&M.

However, as members of Joe McKeown’s top 10 recruiting class have begun to acclimate to Division I play, Northwestern has started to reap some serious benefits, coming mainly in the form of an impressive win at Clemson and a conference victory against Wisconsin. If you haven’t been keeping up, here’s what you’ve missed from three standout first-years so far:

A force in the paint and beyond the arc, Caileigh Walsh has started all of her first nine games as a Wildcat.