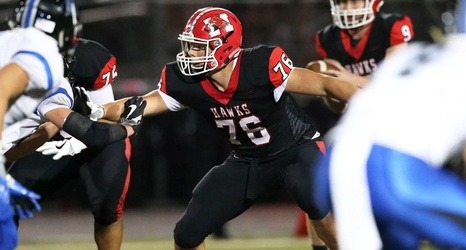 The Kurt Anderson wave is no joke.

Northwestern picked up their best offensive line commit in program history in Peter Skoronski on Saturday, securing the four-star prospect over the likes of Notre Dame, Stanford, Michigan and Penn State.

Skoronski is the fifth-best recruit of the Pat Fitzgerald era according to the composite ratings of 247sports, slotting in directly behind Clayton Thorson.

Skoronski is listed as a 6-foot-4, 275 pound guard and hails from Maine South High School in the Chicago suburbs. According to 247sports, Skoronski is the fourth-best prospect in the state of Illinois and tenth overall guard prospect in the country.