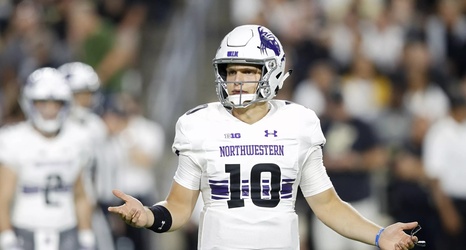 With Thorson likely passing off the torch to Hunter Johnson, in just under two months, we will all get our first sighting of perhaps the most highly-touted recruit in Northwestern history. But no pressure Hunter, you got this.