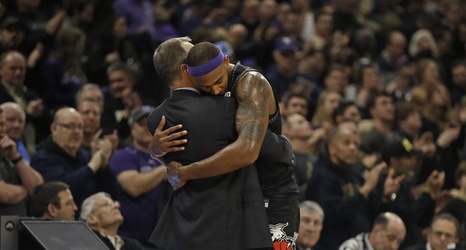 Dererk Pardon’s senior season didn’t turn out they way he and his teammates wanted it to. In his final season, the team sputtered its way to dismal 13-19 overall record — a bitter ending to what was ultimately an illustrious four-year career for Pardon in Evanston. Without him, things certainly would’ve gone a lot worse for the Wildcats last season.

The 6-foot-8 big man finished 2nd on the team in scoring with a solid 14 points per game and also led the team with 7.8 rebounds per game. Although Pardon hasn’t generated much draft buzz, mainly thanks to him measuring just 6’8”, here is what any inquiring team (domestic, summer league, overseas) needs to know about one of the best big guys in Northwestern basketball history.