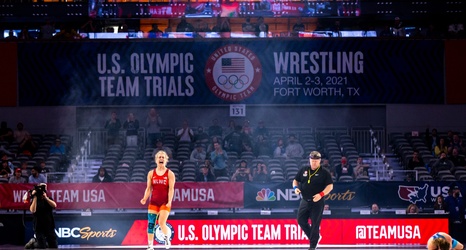 FORT WORTH, Texas — The end of the wrestling season is always weird, because it's never really the end, at least for some of us.

The U.S. Olympic Trials, in a normal year, marks the end of domestic competition at the Senior level. Those who make the teams turn their attention to the Olympics, and everybody (usually) gets in line to support them, because Team USA.

This year is a little different.

The Olympics are set to begin July 23. The wrestling competition will run Aug. 1-7. There's also a Senior-level world championships this year, too, in Norway in October, which means USA Wrestling will have another world team trials event in September.