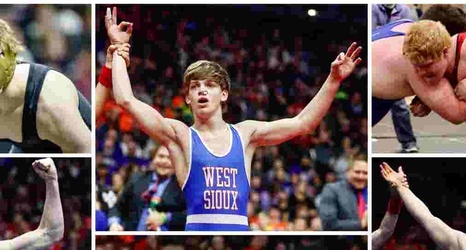 Britt’s Bob Steenlage was the first, winning four from 1959-62. Emmetsburg’s Jeff Kerber followed 17 years later, winning his fourth in 1979. Five did it in the ’80s, then four more in the ’90s. Another 16 have won four since the turn of the century, making 27 total.

For perspective, the Iowa High School Athletic Association has held the state wrestling tournament since 1926.