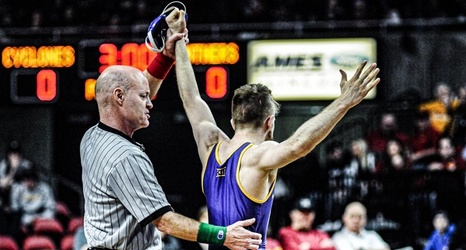 INDIANAPOLIS - UNI senior 125-pound wrestler Jay Schwarm was named the NCAA Division I Fall Award winner after leading the NCAA with 16 Division I falls, two more than the second-place Ben Darmstadt of Cornel and Central Michigan's Matt Stencel who finished the year with 14.

Schwarm also tallied a non-DI fall to bring his yearly total to 17. He closed the shortened season with a 21-10 record and earned pins over four members of the NCAA field.