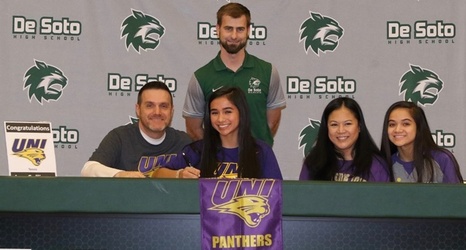 Sullivan comes to UNI after a stellar prep career that included a 71-9 singles record (.888), the highest winning percentage in school history. She was a three-time 5A All-State selection and was twice the regional singles champion. She was the 2018 Unanimous United Kansas Conference Player of the Year. She is ranked the No. 3 recruit in Kansas by tennisrecruiting.net ranked her the No. 3 recruit in Kansas.