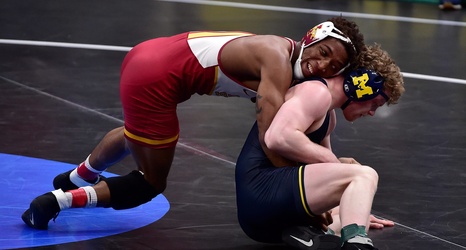 Carr has always viewed his dad's wrestling career as something worth chasing — and, really, as something he wants to ultimately surpass. And this week inside the Enterprise Center, he took a giant step toward authoring his own legendary career.