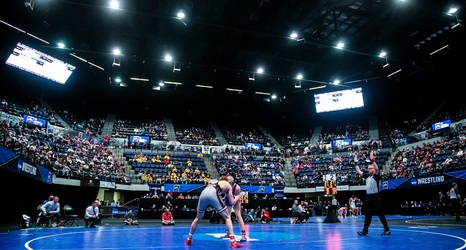 The nation's best women's collegiate wrestlers are coming to Iowa.

The Cedar Rapids tourism office announced Tuesday that the National Collegiate Women’s Wrestling Championships will be held at the Alliant Energy PowerHouse in 2023, 2024 and 2025.

The National Collegiate Women's Wrestling Championships is the national championship event for NCAA women's wrestling programs at the Division I, II and III levels. That includes the Iowa Hawkeyes, whose women's program will begin competing in 2023-24.

The NCWWC has been hosted by a coalition of national organizations on behalf of NCAA programs and will be held until women’s wrestling earns championship status by the NCAA.