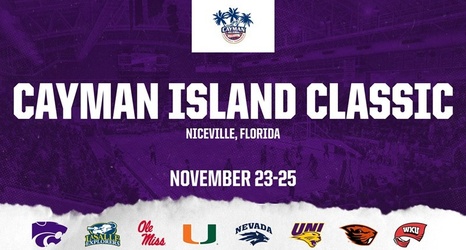 GEORGE TOWN, GRAND CAYMAN, CAYMAN ISLANDS —The fourth annual Cayman Islands Classic has been relocated to Niceville, Fla., in the wake of the COVID-19 virus.

The tournament will be held Nov. 23-25 at Raider Arena on the campus of Northwest Florida State College. Teams participating in the tournament are Kansas State, La Salle, Ole Miss, Miami, Nevada, Northern Iowa, Oregon State and Western Kentucky.
Four games will be played each day with brackets for the tournament being released later this month.

"The Cayman Islands Government will be implementing a phased re-opening of its borders in the final quarter of this year that also involves a five-day self-quarantine for each visitor.