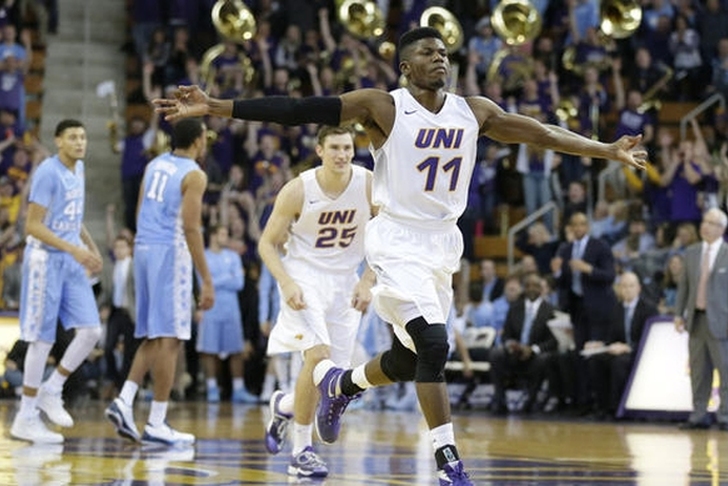 The Northern Iowa Panthers had an outstanding non-conference performance, earning victories over North Carolina and Iowa State before struggling at the start of conference play. However, they've rebounded in a big way, winning 12 of their last 13 games and the Missouri Valley Conference Tournament to get the automatic bid thanks to this crazy buzzer-beater from star guard Wes Washpun:

Here's everything you need to know about UNI as they head into the NCAA Tournament for the second straight season:

Washpun's buzzer-beater is just the tip of the iceberg of how important he is to this team. He doesn't just lead the team in points and assists, but the ball is in his hands a large majority of the time as UNI's offense is centered around his ability to make plays for himself and others. Washpun has also played his best in big games, averaging 24.5 points, 9.5 assists, and 5.0 rebounds in the Panthers' wins over UNC and Iowa State. Their offense goes as Washpun goes, and when he's at the top of his game, they can beat anyone.

The Panthers are one of the most stingy defensive teams in the country, limiting opponents to just 63.2 points per game (15th in the country). Though they lack any rim protector, Northern Iowa is excellent on the defender, allowing teams to shoot just over 44 percent from the field (33rd in the country).

UNI has virtually no size in their rotation, and that costs them in a major way on the glass as they rank 347th in the country in rebounds per game (30.1). They're particularly bad on the offensive end, grabbing just 5.3 boards per game, which is why they rank among the worst teams in the country in second-chance points.

Outlook:
Northern Iowa is a dangerous team that is capable of making a solid run based on the matchup they get on Selection Sunday. If you're looking for a first-round upset to pick, Northern Iowa would be a team to pick - but they won't make the Sweet 16.