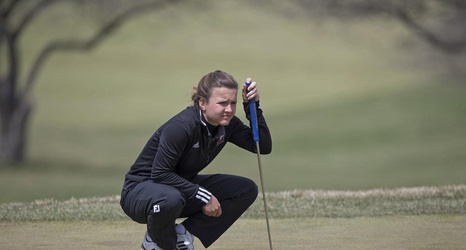 DeKALB — A third round team-best score of 307 pushed the women’s golf team up two spots to finish seventh place Monday in the Mary Fossum Invitational at Michigan State University. The Huskies finished one point behind South Dakota State University, and leaped Marshall University and Bethune-Cookman University.

MSU went on to take the title, while Western Kentucky University and Princeton University rounded out the top three.

The Huskies opened the tournament with a first round score of 317, tying them for sixth place with Eastern Michigan University. EMU went on to finish fifth. The Huskies responded in the second round with a score of 316.