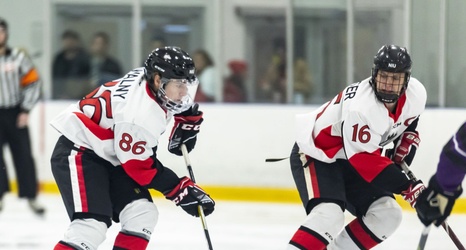 DeKALB — The hockey team took a loss Saturday in a physical game against the University of Toledo at the Team Toledo Ice House.

After a tough 8-3 loss on Friday, the Huskies dropped game two to the Rockets, 5-3. NIU came out with more intensity in game two, but it wasn’t enough to secure a victory.

In the first period, Toledo came out firing, scoring a goal 19 seconds into the game. However, first-year forward Hunter Wahl found twine for the Huskies to knot it at a goal apiece, but the Rockets would score again before the period ended.