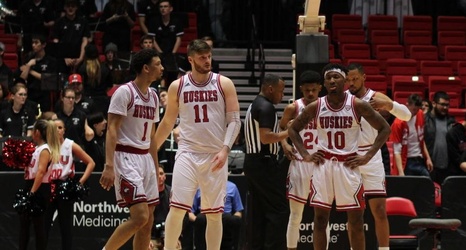 It wasn’t supposed to end this way.

Over the last two months, the men’s basketball team accomplished things that hadn’t happened here in DeKalb for a while. They won a share of the Mid-American Conference West Division for the first time since 2006. They won six straight conference games for the first time in school history, and their 18 wins this season was only bested by three teams over the last 25 years.

They boasted a top 50 defense in the country, an electrifying player in senior guard Eugene German and a supporting cast that with work and maturity will emerge as key contributors in the future.