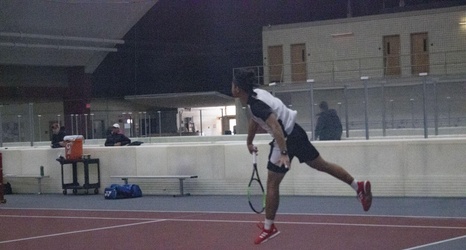 DeKALB — NIU Men’s Tennis was victorious in both of its matches in Saturday’s doubleheader against Cardinal Stritch University, shutting out the Wolves in both games, 7-0 and 4-0, respectively. The Huskies would then shutout Eastern Illinois University on Sunday, 7-0.

These victories come off the back of two consecutive losses to Valparaiso University and the University of Illinois–Chicago, snapping the Huskies’ losing streak in style.

The day began with a pair of doubles wins, as pairings of senior Bor Schweiger Muzar and sophomore David Pata, as well as first-year Mikael Vollbach and senior Shao-Yu Yu were both victorious.