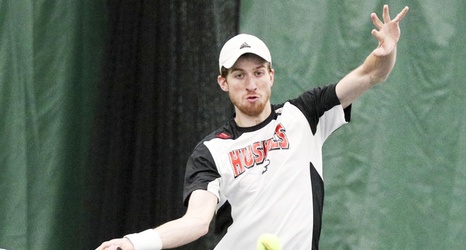 After advancing to its first MAC Championship since 2013, the men’s tennis team dropped a hard-fought 4-3 match to the Western Michigan Broncos.

NIU opened up the tournament with a 4-0 victory of Binghamton, before upsetting No. 2 seeded Buffalo to advance to the finals.

The Huskies dropped the doubles point to the Broncos before mounting a comeback to tie the match at 3 with one final match to be finished.