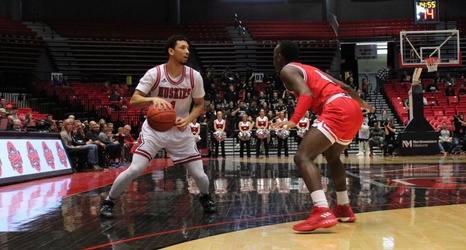 DeKALB — It’s getting down to crunch time in the Mid-American Conference.

The men’s basketball team traveled to Ypsilanti, Michigan Tuesday night to take on Eastern Michigan University with four conference games remaining and plenty to play for over the next two weeks.

The MAC West-leading Huskies got off to an awful start against the Eagles, but rallied back from a 17-point first-half deficit to pull out a huge road win. After never leading the entire game, senior guard Eugene German gave them the lead when it counted, banging home a 3-pointer with seven seconds to play that sent the Huskies home with a 73-71 win.