Eugene German selected as MAC West Co-Player of the Week 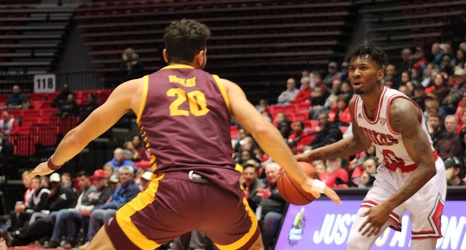 NIU’s lone game for the week against the Central Michigan University Chippewas was all it took for German to be selected. He scored a team-high 23 points, season-high nine rebounds, three assists and two steals as he led the Huskies to an 82-81 overtime victory Saturday night at the Convocation Center. The win snapped a two-game skid for the Huskies.