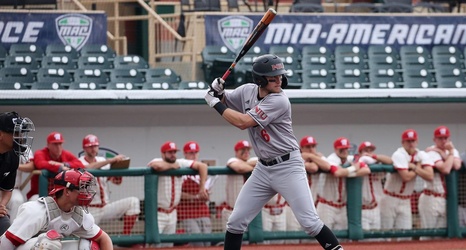 DeKALB —The baseball season ended when the NIU as the Huskies fell in the loser’s bracket final of the Mid-American Conference tournament 8-7 to Ball State on Saturday.

The teams traded the lead several times over and needed extra innings to decide a winner, with the Cardinals winning in 11 innings thanks to a walk-off RBI single from Ball State sophomore outfielder Nick Powell.

Entering the tournament as the fifth seed, the Huskies were among the final three in the tournament with a final overall record of 20-36. Head Coach Mike Kunigonis said he’s proud of what the team accomplished this year.