'We're all living the dream': Inside the Nationals' astonishing World Series run 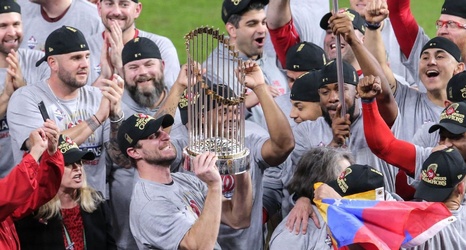 HOUSTON -- In a corridor next to the celebration that nobody wanted to end, the man who started the game that won the Washington Nationals a World Series wrapped his arm around the man who finished it. Max Scherzer is one of the greatest pitchers of this generation, a tightly wound perfectionist whose eyes flit with nervous energy. Daniel Hudson is a journeyman relief pitcher who was jobless in March and somehow found himself here, in the middle of history.

Black swimming goggles covered Scherzer's eyes. When he removed them, there were tears, not from the burning of champagne sprays but the emotion bombarding his amygdala.