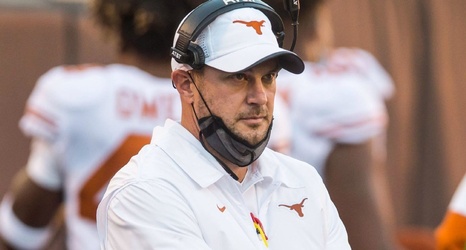 The Texas Longhorns have fired football coach Tom Herman after four seasons, it was announced Saturday.

"With our football season coming to a close, our vice president and athletics director, Chris Del Conte, has evaluated the UT program's strengths and weaknesses and where the program is relative to our goals," the university said in a statement issued Saturday. "While we have made measured progress during the past several years under Tom Herman's leadership, Chris has recommended to the university president, Jay Hartzell, that UT make a coaching change to get us on track to achieving our ambitious goals.