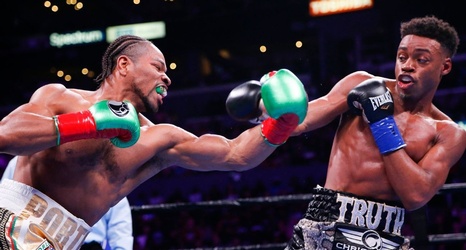 LOS ANGELES -- Errol Spence Jr. and Shawn Porter waged the possible fight of the year, but it was Spence who got the nod in an action-packed split decision to unify two welterweight world titles on Saturday night at Staples Center.

After a little bit of a slow start the fight turned into an all-out slugfest in the third round and never let up as the crowd of 16,702 was often on its feet. But it was Spence, who scored a knockdown in the 11th round, who won 116-111 on two scorecards while one judge favored Porter 115-112.