Miller scores in 2nd half, North Texas rallies to 63-61 win 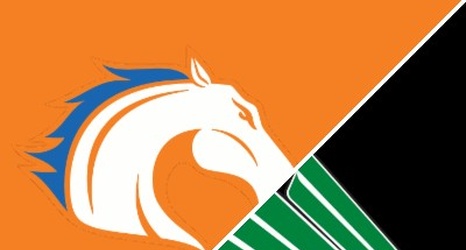 DENTON, Texas -- Michael Miller scored 15 of his 17 points in the second half, scored the tying bucket on a putback and Zachary Simmons followed with a dunk for the lead as North Texas completed a wild comeback to defeat Texas Arlington 63-61 Saturday night.

UT Arlington's Radshad Davis split two defenders down the lane on a fast break and lofted a right-handed scoop that bounced across the rim as time expired.

North Texas rallied with a 17-1 surge to overcome UT Arlington, which had led by as many as 12 deep into the second half.