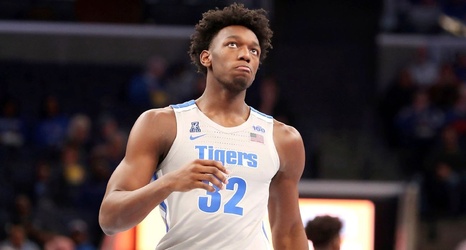 Memphis Tigers star freshman James Wiseman must sit out 12 games total and will be eligible to return to the Tigers on Jan. 12, the NCAA announced Wednesday.

Wiseman already has sat out one game, so he must sit 11 additional ones.

According to Memphis, the NCAA had declared Wiseman eligible in May, but further investigation found documentation of Memphis coach Anfernee Hardaway's making a payment to Wiseman's family in 2017. The school said Wiseman had no knowledge of the payment.

The school acknowledged that Hardaway, before he became the Tigers' coach, provided $11,500 in moving expenses for Wiseman and his family to move from Nashville to Memphis in the summer of 2017.