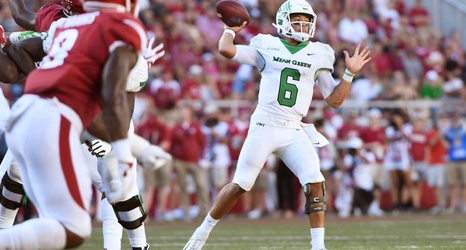 DENTON - “Peter Pan” is retired at North Texas, realistically, if not officially. Word is the NCAA might outlaw the sort of fake fair catch that resulted in Keegan Brewer’s wildly entertaining 90-yard punt return for a touchdown against Arkansas. Never mind that it seems like criminalizing creativity. Probably keeps a poor imitation from disaster. Also now a moot point at UNT. As good an actor as Brewer is, he’s not fooling anyone again with that Emmy-caliber performance.