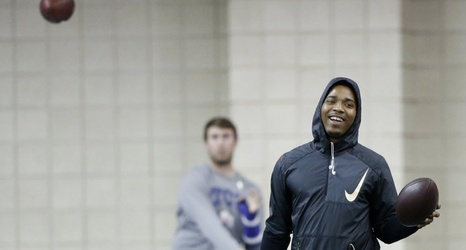 The XFL held an invite-only workout in Dallas on Friday. The league plans to hold one such at event in the cities of each of their eight franchises.

Among those names were some former stars. QB Landry Jones was a four-year starter for the Oklahoma Sooners from 2009-2012. He was drafted in the fourth round of the NFL draft by the Pittsburgh Steelers and spent six years in the NFL.