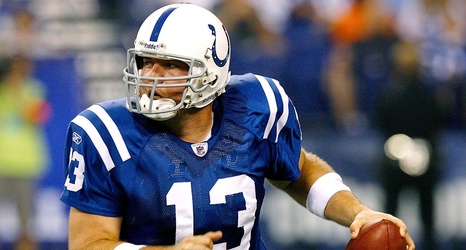 Former Kentucky and NFL quarterback Jared Lorenzen died Wednesday after a battle with cardiac and renal issues, his family confirmed to ESPN. He was 38.

Lorenzen, who battled weight issues both during and after his playing career, was hospitalized last week.

"It is with heavy hearts that the family of Jared Lorenzen would like to extend our sincere thanks and appreciation for all of your support and prayers over the past 6 days," Lorenzen's mother, Janet Hermes, said in a statement. "We are deeply saddened to announce the passing of Jared today, July 3, 2019.