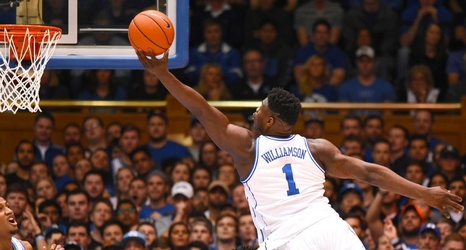 Duke forward Zion Williamson has been ruled out for the remainder of Wednesday's matchup against rival UNC after injuring his knee less than a minute into the contest.

Williamson's left shoe exploded beneath him as he appeared to injure his right knee after just 33 seconds of play.

Williamson left the court, shoeless, just a few minutes into the game and did not return.

He received a point of encouragement from former President Barack Obama, who is seated along the baseline near the Blue Devils bench.