A 'program changer': How the Mean Green stunned Arkansas and won its first game against an SEC opponent since 1975 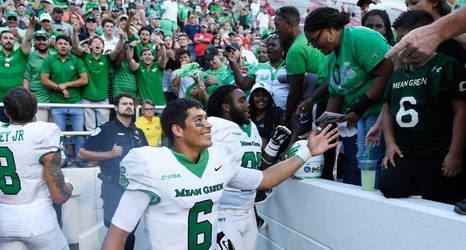 FAYETTEVILLE, Ark. -- Keegan Brewer causally hauled in a punt at the North Texas 10-yard line Saturday in the early stages of the Mean Green's game at Arkansas and tried to play possum.

Brewer never called for a fair catch and hardly moved as Arkansas defensive back Nate Dalton and linebacker Grant Morgan trotted ran by.

"One of them asked me why they didn't blow the whistle," Brewer said. "I didn't say anything. As soon as he passed, I knew it was go time."

The former Lake Dallas standout was off and running after that.