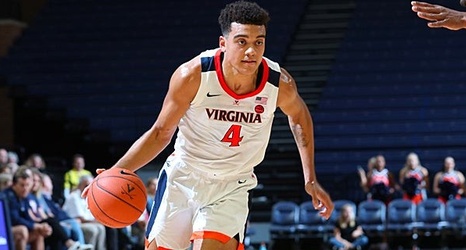 Hubert Davis has landed his first recruit, and it comes via the transfer portal. Virginia transfer Justin McKoy announced his commitment to North Carolina on Saturday morning. Davis offered McKoy a scholarship on Wednesday, the day after he was announced as UNC's new head coach. The 6-foot-8, 215-pound Cary, N.C. native played two seasons at Virginia. (Inside Carolina) UNC Signee Dontrez Styles Getting to Know Hubert Davis
Though Dontrez Styles signed with UNC this past fall, and has been committed to the Tar Heels for over a year, his interactions with Hubert.