Undefeated UNC Women's Basketball Debuts At No. 25 In AP Poll 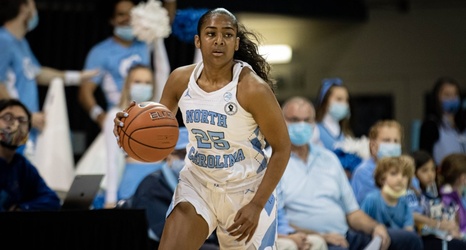 The UNC women’s basketball team is 9-0 for the 12th time in program history and, for the first time in six years, the Tar Heels are ranked in both national polls. After getting ranked No. 24 in the coaches poll last week, UNC debuted this week in the AP Top 25 at No. 25. It’s the first time UNC has been ranked in both polls since the 2015-16 preseason poll. (Tar Heel Tribune) UNC Women’s Basketball Blows By UNC-Asheville, Up to 9-0 This Season
The UNC women’s basketball team earned their ninth consecutive victory to start the season, flattening UNC-Asheville in Carmichael Arena, 107-46.