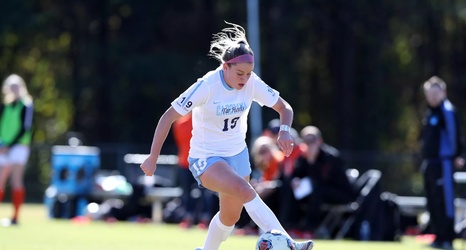 Soccer can be a funny sport. Oftentimes, due to the nature of the game, the final score or even the statistical tally does not accurately reflect the ebbs, flow, and overall feel of the game. A team can dominate possession, create the bulk of chances, and yet come away defeated or drawn. This...was not the case Saturday night in Chapel Hill.

The #1-seeded North Carolina Tar Heels dominated the Belmont Bruins to a record-setting degree. UNC (20-1-1) tied an NCAA tournament record for shots attempted in a game with 44. Nineteen attempts were on goal, requiring fourteen saves from Belmont keeper Lilly Herman.