UNC vs. NC State: How to Watch 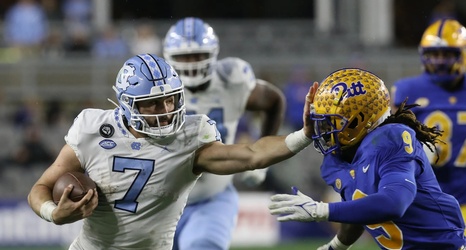 The North Carolina Tar Heels will square off against long-hated foe NC State tonight in Carter Finley Stadium. The last time the Heels played the Wolfpack in Raleigh, they dominated on their way to a 41-10 victory. Sam Howell threw for 401 yards and three touchdowns, and both Dyami Brown and Dazz Newsome surpassed 100 receiving yards in their performance.

The Tar Heels are currently on a two-game win streak against the Pack, but that could be in jeopardy tonight. NC State has had a pretty good season despite some disappointing losses against Mississippi State, Miami, and Wake Forest.