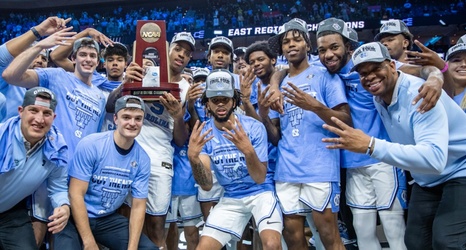 The latest sign that expectations for UNC men’s basketball season are sky-high is ESPN’s bracket projection for next season. Such projections in May are, of course, ridiculous, but Joe Lunardi sees the Tar Heels as the No. 1 seed in the East. Under that scenario, UNC would play in Greensboro for the first two rounds followed by Madison Square Garden. (Tar Heel Tribune) Ademola Okulaja Passes Away At 46
Former UNC forward and longtime European player, Ademola Okulaja has died. The cause of death is not yet known, but he had previously battled cancer.