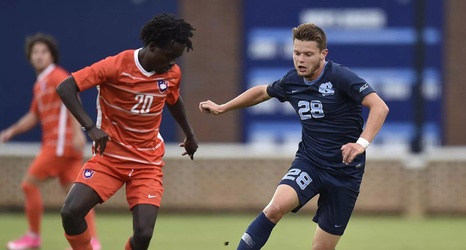 Whoa! The second meeting between Clemson and UNC this season at Historic Riggs Field was absolutely bonkers. Well, at least in the second half.

To catch up, the Heels defeated Clemson at Dorrance Field on 9 October in rather dramatic fashion, scoring the game’s only goal off a set-piece scramble in the dying moments of the second half.

In a game that lacked much drama, it packed it all into the last five seconds of the game. The return match promised to be a better overall aesthetic experience.