UNC Football: The Once and Future Coach 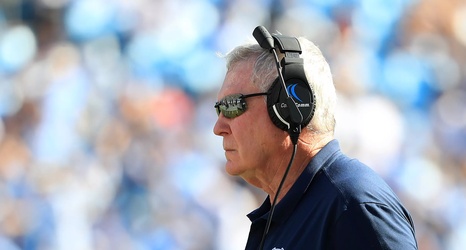 There’s no famous sword in this story. There’s no wizardly tutor, looking out for a young protagonist as he learns the ropes of what it’s like to lead. There aren’t field trips into the natural world, like there are in T. H. White’s The Sword in the Stone. There won’t be a coronation to end this one, in all probability. There’s simply a football coach and a university, on two paths that have meandered and separated, only to come back together a number of chapters later.

If there had been a wizard in this story, outside of Coach Brown’s widely documented recruiting magic, it’s still hard to imagine many differences in the path that Coach Brown’s career has taken.