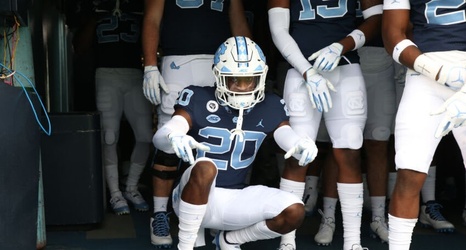 Tony Grimes is one of the best defensive players in the nation, and he’s just a year removed from graduating high school. The former 5-star recruit and Virginia Beach native has quickly become one of the most popular names in college football.