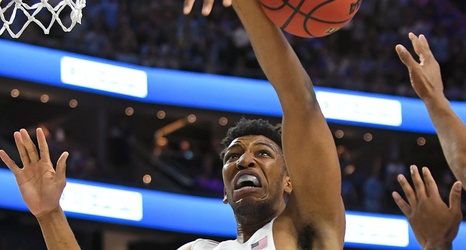 Well, until further notice, I guess we’re still doing this. Last year, UNC’s offensive line had its ups and downs. They powered a rushing attack that nearly led to two 1,000-yard rushers, but they also allowed 37 sacks over just 13 games and experienced pretty significant turnover throughout the season. It didn’t stop Sam Howell from having one of the best true freshman seasons ever, but it definitely didn’t help, and as the offense looks to take a step forward this year, the line is going to have to improve for that to be possible. Let’s take a look at what the Heels are working with up front:

The loss that will be felt most on UNC’s offense is that of Charlie Heck, the starting left tackle who graduated last year and was drafted in the 4th round of the NFL Draft by the Houston Texans.