UNC Basketball vs Duke: Zion Williamson OUT against Tar Heels 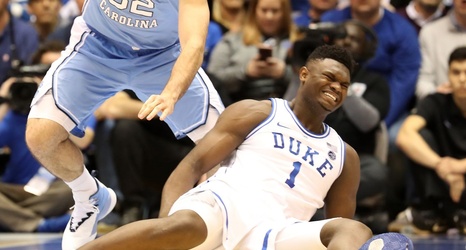 It’s the second time in 18 days that the Tar Heels will have the benefit of playing the Zion-less Blue Devils after Williamson suffered a freak injury just 36 seconds into their February 20 matchup at Cameron Indoor Stadium.

Saturday night’s game against the Tar Heels will mark the sixth consecutive game Williamson has missed, sans the half-minute he played against North Carolina in Durham last month. Duke has gone 3-2 in his absence, losing games against UNC and Virginia Tech, as well as narrowly beating the Wake Forest Demon Deacons on Tuesday.