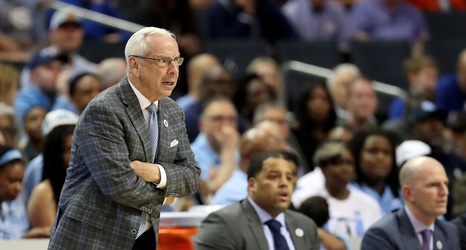 With one of their best recruiting classes in better than a decade already in tow, the North Carolina Tar Heels are still looking to sign a couple more prospects from the class of 2020.

A handful of players remain on the Tar Heels’ recruiting board, including top-10 wing Ziaire Williams and 5-star shooting guard Bryce Thompson. Also in the mix are 4-star prospects Puff Johnson and Kerwin Walton.

Johnson, in particular, has a visit to Chapel Hill scheduled for this weekend. The Tar Heels will look to reel in the younger brother of Cameron Johnson, who had a terrific two-year stretch at North Carolina after transferring from Pittsburgh.