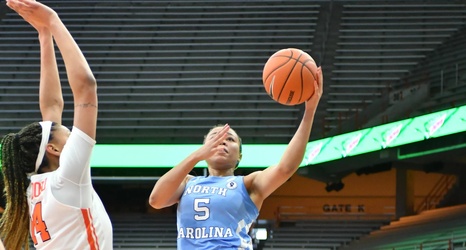 While in the NBA and NFL Draft, we get months of lead up and speculation over who’s going where. We’re not afforded that luxury when it comes to the WNBA Draft. The college season may have just ended a couple weeks ago, but many of those players saw their names already called last night.

Due to the WNBA running their seasons from May to September, last night was the big day, and there were a couple Tar Heels up for selection. It didn’t take long for us to see one go off the board.