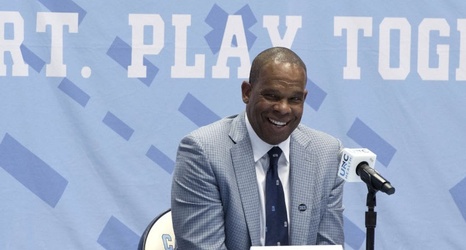 History was made as Hubert Davis was announced as the first African American head coach at the University of North Carolina, replacing the now-retired Roy Williams. The traditional press conference was held with many in attendance, including Williams, to celebrate the new hiring and the passing of the blazer.